Barbara Starr is an American Emmy -award journalist working for CNN based in Washington D.C. serving as a pentagon correspondent. She has been working with the network since 2001.

Starr stands at a height of 5 feet 4 inches tall.

Starr has managed to keep her personal life away from the limelight hence she has not disclosed any information about her parents. It is also not known if she has any siblings.

Starr is very private about her personal life therefore it is not known if she is in any. There are also no rumors of her being in any past relationship with anyone.

Starr has an estimated net worth of between $500,000-$800,000 which she has earned through her successful career as a correspondent. 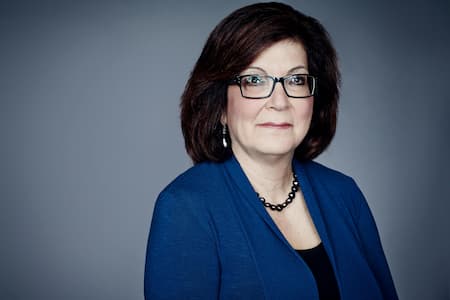 Starr attended California State University, where she graduated with Bachelor’s degree in journalism.

Starr works for CNN, serving as a pentagon correspondent. She is covering national security issues such as the war in Afghanistan and Iraq. Moreover, Barbara provides viewers with the latest national security news daily from the Pentagon. Additionally, she serves her sources to report on the military campaigns against ISIS, military and intelligence operations, and investigations into terror attacks.

Furthermore, she appears sometimes on many shows across the network such as The Situation Room with both Wolf Blitzer, and New day. She is seen breaking big news and delivering exclusive coverage of the U.S. military and political situation on a global scale. Moreover, Starr was honored with a Jefferson-Lincoln Award due to her work in journalism by The Panetta Institute in the year 2014. In addition to that, traveled to Beruit, Lebanon with U.S. Marines tasked with evacuating Americans during Israel’s war with Hezbollah in the year 2006.

Prior to joining, CNN she was working at ABC News serving as a producer in the year 1998. She was working for network news originating from the Pentagon until her departure in the year 2001. While at ABC she was providing on-and off-air reporting about military and national security affairs. In addition to that, Starr reported for Nighttime, World News This Morning, World News Now,ABCNews.com. and ABC Radio.