Christina Pascucci is an American Emmy award-winning journalist, licensed pilot, and humanitarian who is currently working with KTLA as the fill-in anchor and the reporter for LA’s No.1 morning news.

Pascucci is also the ambassador to 88 Bikes, which is an organization that fights against child sex trafficking around the globe. Pascucci mostly appears in the morning news program alongside Glen Walker. However, she previously used to host programs alongside Chris Burrous who died in December 2018 after an accidental overdose.

Pascucci is 35 years old as of 2020. She was born on September 12, 1985, in Los Angeles, California, United States. She celebrates her birthday on September 12 every year.

Pascucci stands at an average height. However, her exact height is not yet disclosed but will be updated as soon as her body measurements are available.

Pascucci has managed to keep her personal life away from the limelight hence she has not disclosed any information about her parents. It is also not known if Pascucci has any siblings.

Pascucci is in a relationship with Dave Mast for over a year. The couple first met at an event in the summer of 2018 and soon began dating. As a pair, the pair celebrated their first anniversary with a dinner party at the US Bank Tower in Los Angeles. Similarly, the pair have recently returned from Kenya and Tanzania from their holiday. 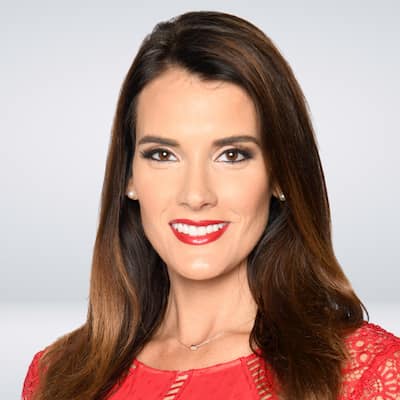 Christina and her beau are currently busy knowing each other better and deepening the connection. In addition, they share common interests including hiking and traveling while looking at their holiday photos. So, if they decide to add a ring to their relationship, it will not be a piece of shocking news.

Pascucci has an estimated net worth of about $1 Million – 5 Million which she has earned through her career as a Journalist.

She has worked in the world of journalism for several years and is currently serving as a fill-in anchor and reporter for LA ‘s No.1 Morning News on KTLA. She previously worked for KOLO-TV as a reporter and also worked as an anchor for KMIR-TV.

In 2011, she joined LTLA and has been working on human rights and environmental issues since then. In addition, she also serves as an ambassador for 88 Bikes, an organization that protects children around the world from child sex trafficking. She is also regarded as a social journalist and has gained a reputation for her humanitarian work and reporting.

In late 2016, she flew to Palau, an island nation close to the Philippines, to sit down with President Thomas Remengesau and explore how other nations can imitate what Palau is doing on the climate change frontlines. Her 2015 study report on the Los Angeles Department of Water and Power’s inefficient water-use practices culminated in the agency modifying its strategy to potentially save millions of gallons of water. One of her most unforgettable stories on KTLA was when she was invited to an exclusive interview with His Holiness at the Dalai Lama ‘s palace in India.

Pascucci is currently working at  KTLA 5 where she works alongside other famous  KTLA 5 anchors and reporters including;

Wolfie is such a goood boyyyy 🥰 I’m a big supporter of @wolfconnection because I’ve seen firsthand the life-changing healing that happens when animals and humans with tumultuous pasts grieve together. WC is having a rough go because all their government-funded and school programs were abruptly canceled cause of COVID. You can support by checking them out, they are offering really cool socially distanced programs with the wolves and even sound baths (check out my stories).