Alex Witt is an American anchor who is currently working at MSNBC. She serves as the host of  MSNBC Live which airs at 1 pm and 2 pm on weekends. She joined the MSNBC news team in January 1999. Previously, she hosted Morning Joe First Look. The  MSNBC Live news show was initially known as Weekends with Alex Witt before it was re-branded.

She attended the Marlborough School for Girls in Los Angeles and later on, attended the University of Southern California where she majored in journalism and international relations. Her career in journalism began in Salinas, California at KCBA. Later on, she worked in Burbank, California where she served as a field producer for the Today Show. She also worked for  KABC-TV,  KNBC-TV, and KCBS-TV which are located in communities adjacent to Los Angeles. From the year 1990 to 1992, she served as a reporter at KCBA, and later from 1996 to 1998, she worked at WNYW-TV. Additionally, she has noted on air that she is related to George Washington.

Witt stands at a height of 5 feet 3 inches tall and weighs 49 kgs.

Witt’s father is known as Dr. Charles B. Witt and he happens to be a noted thoracic surgeon in Los Angeles. She likes to keep her personal life private hence she has neither revealed the name of her mother nor those of her siblings.

Witt is married to Bill Sorensen who happens to be a TV producer. Together the couple has been blessed with two children Caroline and Charlie. She resides in New York together with her family. 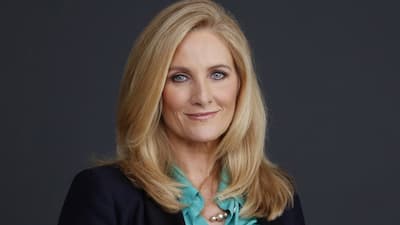 Witt has an estimated net worth of between $1 Million – $5 Million which she has earned through her career as an anchor.