Starling a native of Orlando, Florida was born in a military family and spent part of her childhood in the Washington D.C. metropolitan area while her father worked for the Office of the United States Trade Representative. She is the daughter of Bruce and Dolores Starling. It is also not known if Alison has any siblings.

She has been happily married to her long-time lover Peter Alexander since 2012. The couple has two children.

She has an estimated net worth of between $1 Million – $5 Million which she has earned through her career as a journalist. 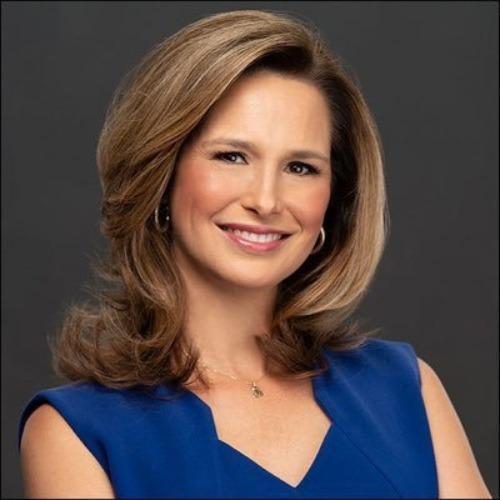 The table below answers some of the frequently asked questions about Starling.

Alison joined ABC7/WJLA-TV News in January 2004, where she has covered major local and national news stories including Hurricane Isabel in 2003, the Virginia Tech shootings in 2007, and the Papal Mass in Washington live from the Nationals Ballpark in April 2008.

Prior to joining ABC7/WJLA-TV Alison worked for KIRO-TV in Seattle, where she spent three years as a reporter and anchor. During her time in the Pacific Northwest, she covered the Seattle Earthquake and the Tacoma connection to the D.C.-area sniper case. She also covered the aftermath of the Space Shuttle Columbia tragedy live from Texas.

Alison kicked off her career as a reporter and morning anchor at WDEF in Chattanooga, Tennessee, before moving to Seattle.

Other than her journalism work, Alison also enjoys working with a number of charitable organizations in the metro area including the events benefiting Breast Cancer research, the National Foundation for Cancer Research, and the Leukemia and Lymphoma Society.

Alison took over the long-running and popular series “Working Woman,” in November 2006. A show that Kathleen Matthews started off more than a dozen years ago continues as Alison profiles accomplished, respected women in the Washington area who contribute to the community in unique ways. Alison who produces and writes these reports is always looking for exceptional women to showcase. Look for “Working Women” every other week on ABC7/WJLA-TV News at 5 p.m. To watch recent profiles of outstanding local women, find the “Working Woman” page on our website under the heading “Features.”

Starling is currently working at WJLA-TV/ABC7 where she works alongside other famous WJLA-TV/ABC7 anchors and reporters including;

In the last ten years, Alison has had three Little Sisters from Big Brothers Big Sisters of America . She is also a member of the Board of Directors for Big Brothers Big Sisters of the National Capital Area. Alison was in 2009, named the National Capital Region’s Big Sister of the Year. In June of 2005 Washingtonian Magazine named Alison one of the D.C. area’s rising stars in local television news and in 2013 Washingtonian readers named her one of their favorites in the Best of Local News.