John Quiñones is an American seven-time Emmy award-winning anchor who is currently working in ABC News. He serves as a Correspondent and is the host of “What Would You Do?” which happens to be one of the highest-rated newsmagazine franchises of recent years.

Quiñones stands at an average height. However, his exact height is not yet disclosed but will be updated as soon as his body measurements are available.

Quiñones’father is named Bruno Quiñones while his mother is Maria Quiñones, He is the only brother to his sisters Rosemary Quiñones and Irma Quiñones.

Quiñones was previously married to Nancy Loftus a former flight attendant. The couple got married in 1988 in a private ceremony in West Palm Beach, Florida. Together the couple was blessed with three children; a daughter named Andrea and two sons named Nicco Quiñones and Julian Quiñones. In 2009, the couple got divorced and later on, in the same year, he got married to Deanna White who happens to be a professional freelance writer and public relations, specialist.

Quiñones has an estimated net worth of between $1 Million – $5 Million which he has earned through his career as a correspondent, anchor, and reporter. 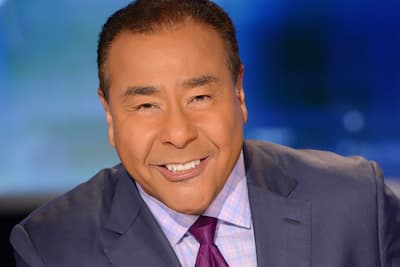 He has reported extensively for all platforms and programs and served as anchor of “Primetime” during his twenty-five years in service at ABC News. He was privileged to be the first journalist out of the many presents during the Chilean miners’ disaster in 2010, to get the entire story in an interview with the first survivor (Mario Sepulveda), who told of the horrific ordeal they encountered. Some of his other recent headline-making interviews include; an exclusive interview with Marc Anthony who happens to be a singer/actor, who for the first time opened up about his separation and pending divorce from Jennifer Lopez. In Northern Arizona, he covered a religious sect that forces its young girls to engage in polygamous marriages.

He also hid a camera as he went undercover to unmask how clinics performed unnecessary surgical procedures as part of a major nationwide insurance scam. In addition, in an attempt of a group of Mexican immigrants to cross into the United States, he followed them via the treacherous route known as “The Devil’s Highway”. Furthermore, for his report on suicide bombers, he had the opportunity to travel to Israel for a CINE Award.

The Latin Beat which was a critically acclaimed ABC News special that focused on the wave of Latin talent sweeping the U.S., the impact of the recent population explosion, and how it will affect the nation as a whole, was anchored by him in September 1999. For his report, the National Council of La Raza awarded him with an ALMA Award. He received the George Foster Peabody Award for his report to ABC News’ unprecedented 24-hour, live, global Millennium broadcast. His reports for “20/20” include; an exclusive interview with a Florida teenager who brutally killed her adoptive mother and on a woman who claimed she unknowingly married a spy hence having a thorough check at the unprecedented lawsuit against the Cuban government by the woman.

For his poignant report that followed a young man to Colombia as he made an emotional journey to reunite with his birth mother after twenty years, he was honored with a Gabriel Award. He reported for World News Tonight for almost ten years in Guatemala, Panama, Honduras,  Nicaragua, and El Salvador.  Additionally, he has had seven national Emmys awarded to him for his Primetime Live, “20/20” work, and Burning Questions.

Covering and reporting on the Congo’s virgin rainforest also won him an Emmy award. This coverage also won the Ark Trust Wildlife Award. Additionally, for his work on “Burning Questions—The Poisoning of America” an ABC documentary that aired in September 1988, he received a National Emmy Award. Prior to winning the Emmy award, was honored with a World Hunger Media Award and a Citation from the Robert F.His 1990 report “To Save the Children” on the homeless children of Bogota, won him a Kennedy Journalism Award.

In December 1989, he was one of the few American journalists to report during the United States invasion from Panama City. He served as a reporter in Chicago at WBBM-TV. In 1980, he won two Emmy’s for reporting on the plight of illegal aliens from Mexico. In Houston, Texas, he worked at KTRH radio station as a news editor. At the same time, he also served as an anchor-reporter for KPRC-TV. He attended St. Mary’s University, San Antonio where he received a bachelor of arts in speech communications. In addition, he also attended the Columbia School of Journalism where he attained a master’s.

Quiñones is currently working at ABC News where he works alongside other famous ABC News anchors and reporters including;