Amy Aaronson is an American journalist who serves as the Weekend Meteorologist and Hometown Hot Spot Reporter for Fox45 since June 2015. She`s thrilled to make Baltimore her new home!

Aaronson likes to keep her personal life private hence she has not yet disclosed the date, month, or the year she was born. However, she might be in her 30’s.

Aaronson stands at a height of 5 feet 4 inches tall.

Aaronson has managed to keep her personal life away from the limelight hence she has not disclosed any information about her parents. It is also not known if Amy has any siblings.

Aaronson is happily married to the love of her life Erick Ferris, a writer, producer, and photographer. The two got married in September 2015.

Aaronson has an estimated net worth of between $1 Million – $5 Million which she has earned through her career as a journalist. 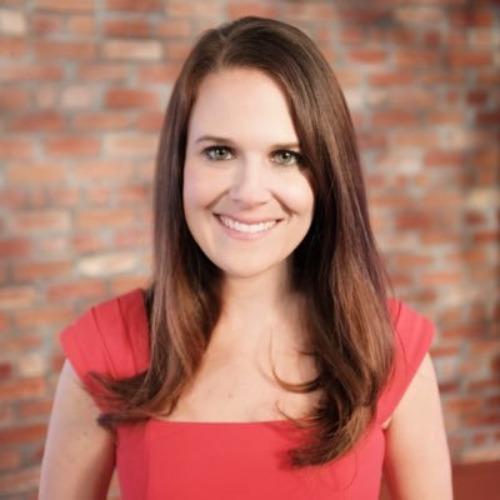 Amy joins Fox45 from WLTX in Columbia, South Carolina, where she worked as a meteorologist in the morning and afternoon. Amy worked for AccuWeather in State College, Pennsylvania, where she appeared on ABC’s World News Now, ESPN, Fox Sports Network, and FOX News before coming south.

Amy worked as a reporter and producer in a variety of cities across the Eastern Seaboard before joining AccuWeather, including Syracuse, NY, Philadelphia, PA, and Washington, DC. Amy is from New Hope, Pennsylvania.

Amy discovered her affinity for meteorology while at Syracuse when she walked in front of the green screen to forecast Syracuse’s snowy skies. Amy then went on to Penn State University, where she received her Bachelor of Science in Meteorology.

When Amy is not forecasting, she enjoys running, doing Bikram yoga, and spinning. Praline, her puppy, is another thing she enjoys doing. She is guaranteed to have her umbrella with her at all times!

Aaronson is currently working at WBFF where she works alongside other famous WBFF anchors and reporters including;