Brian Todd is an American journalist working for CNN based in Washington Bureau, serving as a correspondent. He has been working for the network since 1987.

Todd likes to keep his personal life private hence he has not yet disclosed the date, month, or year he was born. However, he might be in his 50s.

Todd stands at a height of 6 feet 1 inch tall.

Todd has managed to keep his personal life away from the limelight hence he has not disclosed any information about his parents. It is also not known if he has any siblings.

Todd posted a picture of his wife and nice on March 22, 2015, on his Instagram account. However, there is not much information in regard to his wife.

Todd has an estimated net worth of between $1 Million-$2 Million which he has earned through his successful career as a correspondent. 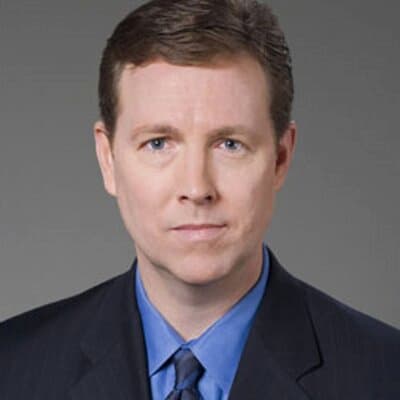 Todd enrolled at the University of Miami, where he graduated with a bachelor’s degree in communication.

Todd works for CNN, based in the network’s Washington Bureau serving as a correspondent providing reports for The Situation Room with Wolf Blitzer. He was at the Capitol on January 6th this year. Where he covered the Capitol attack on the ground, moving among the rioters. Brian and his team provided constant updates as the insurrection unfolded. Additionally, he covered the ensuing investigation and the shooting death of Andrew Brown Jr. while he was in Elizabeth City, N.C. several times in the Spring of 2021.

In 2020, he delivered live coverage of the racial justice protests in Philadelphia and Washington, D.C.Moreover, Todd was an important part of CNN’s coverage of the 2020 presidential election. Where he covered the voting in Houston, and also covered the vote count and certification process from Pittsburgh and Harrisburg, Pa. In addition to that, he covered the mass shootings in Virginia Beach, Va., and at the Walmart in El Paso, Texas in 2019. Brian also delivered critical information from law enforcement sources and witnesses. Moreover, he was part of the network’s extensive coverage of Hurricane Dorian. Where he reported at the height of the storm and the damage afterward from South Carolina and Florida, Georgia.

Brian also covered on-site including the Capital Gazette newspaper shooting in Annapolis, Md, and the Marjory Stoneman Douglas High School shooting in Parkland, Fl. In addition to that, he played an integral part in the network’s coverage of the historic 2017 hurricane season. Todd also reported on the ground from numerous cities during the height of devastation.  He also contributed to the network’s comprehensive coverage of America’s Choice 2016 and was on the ground in eight different states. Where he covered the primaries and caucuses for the 2016 presidential race.

On top of that, he reported in Orlando covering the mass shooting at Pulse Nightclub. Todd also reported on the ground in July 2016 in Baton Rouge, Louisiana covering the shootings of police officers. Additionally, Brian anchored on the riots in Baltimore following the death of Freddie Gray in 2015.  Moreover, he covered several hurricanes beyond 2017, including the massive earthquake and tsunami in Japan in 2011.  He also the Haiti earthquake in 2010 and the devastation of Superstorm Sandy in 2012.

Todd joined the network as a copywriter for morning programming in 1987. He also took on production responsibilities in the field and for long-form reports. However, Brian served as an anchor and reporter for CNN Newsroom, a news program for high school and middle school students in 1993. Additionally, Todd became a news producer based in Washington, D.C., in 1993and he was an editorial producer for Larry King Life in 1997.

In 2000, Brian became a senior producer, eventually becoming the senior producer for Wolf Blitzer Reports, a precursor to The Situation Room. While serving as a producer he began offering on-air reports in January 2004 and became an on-air correspondent full-time in 2006. Prior to joining CNN, Todd worked at Guam Cable TV in the Pacific Marianas Islands serving as a reporter. Moreover, he served as a sports producer for WJLA-TV in Washington, D.C., and a sports producer for WTAE-TV in Pittsburgh.