Christina Carilla is an American Anchor/reporter for FOX 10 Phoenix. Prior to moving to Arizona in June of 2018, Carilla had spent three years as a Morning anchor of ABC 7 (WZVN) in Fort Myers, Florida.

Carilla is 30 years old as of 2021. She was born on January 24, 1991, in Philadelphia, Pennsylvania, United States America. She celebrates her birthday on the 24th of January every year.

Carilla stands at a height of 5 feet 6 inches tall.

Carilla has managed to keep her personal life away from the limelight hence she has not disclosed any information about her parents. It is also not known if Carilla has any siblings.

Carilla is currently in a relationship with Zack Kreisheimer.

Carilla has an estimated net worth of between $1 Million -$5 Million which she has earned through her career as a reporter/anchor. 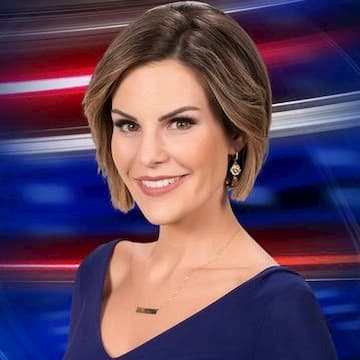 The table below answers some of the frequently asked questions about Carilla.

She attended Temple University where she received her Bachelor of Arts in broadcasting, media studies, and production. Carilla completed several internships with great companies including The Disney College Program, and a full-time internship for “Today in LA” with the NBC News affiliate in Los Angeles, California.

Carilla reported live from Fort Myers Beach as Hurricane Irma made landfall in September of 2017, and proceeded to devastate several Florida communities. Additionally, she interviewed the co-hosts of ABC’s “The View” from the Walt Disney World Resort.

Prior to moving to Florida, she spent 18 months in Fayetteville, Arkansas as a multimedia journalist for KNWA/Fox 24. Carilla was quickly promoted to weekend anchor, evening reporter, and producer, before ultimately working as the permanent fill-in anchor on the Fox prime-time evening desk. During her time with the NBC affiliate, KNWA, it was voted “Best of Northwest Arkansas”. She covered several controversial topics including gay marriage and medical marijuana.

In 2015, Christina interviewed actress Geena Davis at her inaugural Bentonville Film Festival, an event designed to empower women in film and media.

Carilla is a lover of music and theater and spent several years performing on stage. A classically trained soprano vocalist, Carilla is an advocate of the arts.