Heather Ly is a regional Emmy award-winning anchor who is currently working at WGRZ-TV. She serves as an anchor and reporter at WGRZ in Buffalo, New York. She joined the WGRZ-TV news team on October 12, 2006.

Ly likes to keep her personal life private hence she has not yet disclosed the date, month, or the year she was born. However, she might be in her 40’s.

Ly stands at a height of 5 feet 6 inches tall.

Ly has managed to keep her personal life away from the limelight hence she has not disclosed any information about her parents. It is also not known if Ly has any siblings.

Ly is married to John Zac. However, she has not revealed any information about her children as she likes to keep her personal life private.

Ly has an estimated net worth of between $1 Million – $5 Million which she has earned through her career as an anchor and reporter. 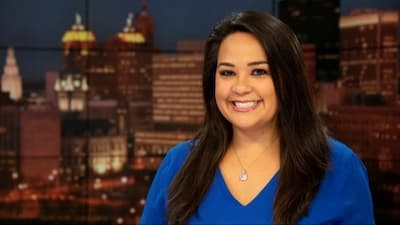 The table below answers some of the frequently asked questions about Ly.

Chicago is her native home. Before she relocated to Buffalo, she worked in Syracuse and Northern New York for two years while reporting. She attended Columbia College Chicago where she graduated with a Bachelor’s Degree in Broadcast Journalism. Later on, er career in journalism began at CBS 2 Chicago as a college intern serving as a production assistant and assignment editor.

She can be termed as a multi-skilled journalist as she shoots, writes, and edits her own stories. In addition, during the week she serves as a general assignment reporter and as an anchor for the Daybreak Saturday newscast from 6 a.m to 7 a.m. and 9 a.m. to 10 a.m. and Daybreak Sunday from 6:30 a.m. to 8 a.m.

While working as a journalist, she has won the Associated Press award for Best Sports Coverage for her story on a 3-year-old Ryder,  an energetic Buffalo Sabres fan who was in need of a prosthetic leg. In addition, she has been a two-time nominee for New York Regional Emmy award.

Durning her elisure time, she enjos traveling, checking out new fitness classes, Buckeyes, rooting for the Bills, and likely finding her on or near the water. Furthermore, she has set aside ample time for her to volunteer in several organizations in Western New York such as;  Women and Children’s Hospital, Roswell Park, the Boys and Girls Club.

Ly is currently working at WGRZ-TV where she works alongside other famous WGRZ-TV anchors and reporters including;