Kristin Thorne is an American journalist who serves as the Long Island correspondent for WABC-TV’s Eyewitness News. Kristin was a reporter for News 12 Westchester before joining the Eyewitness News team in January 2012. She previously worked for Harrisburg, Pennsylvania’s WHTM-TV ABC 27.

Thorne likes to keep her personal life private hence she has not yet disclosed the date, month, or the year she was born. However, she might be in her 30’s.

Thorne stands at a height of 5 feet 4 inches tall.

Thorne has managed to keep her personal life away from the limelight hence she has not disclosed any information about her parents. It is also not known if Kristin has any siblings.

Thorne is happily married to Brian, her lifelong boyfriend. The couple, who have kept their marriage strong, now lives happily on Long Island with their two children, James and Olivia, and their “house police,” Corgi Max.

Thorne has an estimated net worth of between $1 Million – $5 Million which she has earned through her career as a journalist. 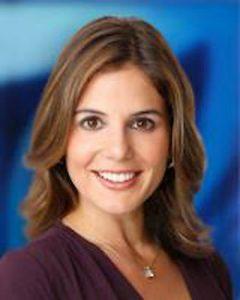 The table below answers some of the frequently asked questions about Thorne.

Kristin enjoys contributing to the Long Island community. She participates in the Boy Scouts, the Society of St. Vincent de Paul, and the Little Shelter Animal Rescue and Adoption Center as a volunteer. She is also a Eucharistic minister at her church.

Kristin received her bachelor’s degree with honors from Georgetown University in Washington, DC, and her master’s degree in broadcast journalism from Northwestern University’s Medill School of Journalism.

She has gotten multiple Emmy nominations and has won an Emmy Award. She’s also won a regional Edward R. Murrow Award and a number of Folio Awards, which recognize the best of Long Island journalism.

Kristin is preparing for a triathlon and enjoys reading, Spanish studies, and traveling throughout the United States and Europe. She enjoys visiting new areas and has only done so a few times.

Thorne is currently working at ABC7 where she works alongside other famous ABC7 anchors and reporters including;