Mike Augustyniak is Director of Meteorology at WCCO-TV / CBS. He joined the station in 2008. Augustyniak attended the University at Albany where he received his Master’s Degree in Atmospheric Science in 2008. He holds the AMS Television Seal of Approval and is also a member of Phi Beta Kappa.

Augustyniak is 43 years old as of 2021. He was born in New York, United States. He likes to keep his personal life private hence has not yet disclosed the month he was born. It is therefore not known when he celebrates his birthday.

Augustyniak stands at a height of 5 feet 7 inches tall.

Augustyniak has not yet revealed the name of his parents or siblings. In 2017, a successful stem-cell transplant from an anonymous donor in Germany cured his dad of rare blood cancer.

Augustyniak is gay. In October 2017, he tweeted “Hey y’all: I’m gay. That’s how #NationalComingOutDay would go in a perfect world…but, for many, it can be scary. We’re with you.”

Hey y’all: I’m gay. That’s how #NationalComingOutDay would go in a perfect world…but, for many, it can be scary. We’re with you. pic.twitter.com/ZyPdWtWl81

He is an advocate of LGBTQ. Advocating on behalf of the LGBTQ community started with raising funds annually for homeless youth as part of the national “GiveOUT Day,” and has grown to include enduring relationships with PACER’s National Bullying Prevention Center and the Twin Cities Pride organization, as contributing author to Twin Cities Pride Magazine. 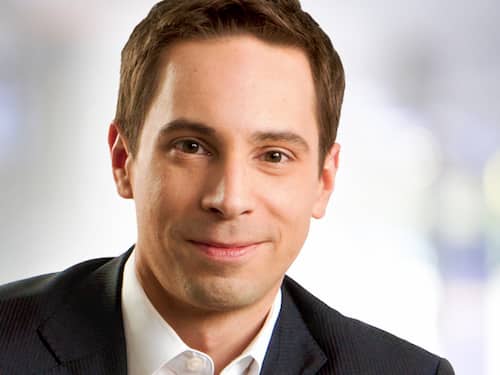 Augustyniak has an estimated net worth of between $1 Million $5 Million which he has earned through his career as a meteorologist.

Since joining WCCO, Augustyniak has also been able to achieve a new personal record for the most cups of coffee consumed in a 10-hour period.

His interest in weather started at an early age. “I think my curiosity about the weather was fueled by the fact that, as a little guy, I was absolutely petrified of thunderstorms!”

In time, he outgrew his fear, deciding in eighth grade that he wanted to study meteorology in college.

“The answers I gave on a 40-question ‘interest survey’ were fed into a computer, and the computer returned several careers that I might enjoy,” Augustyniak explained. “‘Meteorologist’ was one of the jobs the computer returned, and right then I knew it was the job for me.”

Apart from WCCO, you may have also seen Augustyniak appear with Ellen DeGeneres on her nationally syndicated talk show, on the CBS Evening News, or on CBS This Morning. He is also a Cocktail nerd & creator/host of Mike’s Mix.

Throughout his career, Augustyniak has received multiple Emmy awards, including as a meteorologist & anchor of the Outstanding Daytime Newscast in the Upper Midwest in 2010.

When he is not working, Augustyniak stays active by going to the gym, rock climbing, biking, and playing with his Boston Terrier named Lola. Augustyniak also enjoys traveling both around the U.S. and around the world. He has traveled extensively in the Caribbean, Morocco, Spain, and Australia.

Augustyniak is currently working at  WCCO where he works alongside other famous  WCCO anchors and reporters including;