Steve Rudin is an American meteorologist working at WJLA/ABC7 as a weather forecaster in Washington D.C. For nearly 20 years, Rudin has been forecasting the weather for the District, Virginia, and Maryland. He hosts weather forecasts during weeknights on ABC7 News at 11 with Leon Harris and Alison Starling in addition to WJLA 24/7 News at 10 with Jonathan Elias.

Steve was born in 1972 in the United States of America. He is 48 years old as of 2020. However, he has not yet disclosed the date and the month he was born. It is therefore not known when he celebrates his birthday.

Rudin stands at an average height. However, his exact height is not yet disclosed but will be updated as soon as his body measurements are available.

Rudin has managed to keep his personal life away from the limelight hence he has not disclosed any information about hisparents. It is also not known if Steve has any siblings.

Rudin is very private about his personal life therefore it is not known if he is in any relationship. There are also no rumors of him being in any past relationship with anyone.

Rudin has an estimated net worth of between $1 Million – $5 Million which he has earned through his career as a meteorologist. 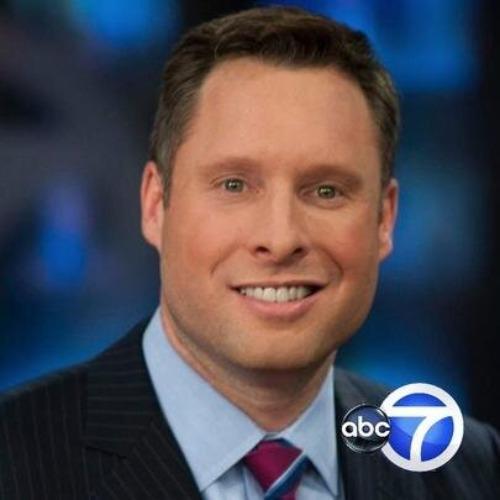 Rudin worked at the CBS affiliate in Washington, D.C., and the NBC affiliate in Madison, Wisconsin, prior to joining the ABC7/WJLA-TV StormWatch Team. Steve has also been a substitute weather anchor for ABC’s top-rated Good Morning America.

Steve provides thought-provoking tidbits about the weather, current events, and anything else that grabs his attention, through his popular Facebook page and tweets. Steve a dedicated community member, hosts events for worthwhile organizations, including Doorways for Woman and Families, the Jewish Community Center, the Air Force Cycling Classic, Calvery Woman’s Services, Sjögren’s Syndrom Foundation, Human Rights Campaign, Food and Friends, and the Kennedy Center.

His lifelong curiosity of earth science and global travel was the key inspiration to a career in meteorology. He graduated with a Bachelor of Science in geography and meteorology from Michigan State University. He also attended graduate school at the University of Michigan and did additional coursework in broadcast meteorology at Mississippi State University. He is a member of the American Meteorological Society and National Weather Association and holds the Television Seal of Approval.

He was an exchange student in Australia, in high school. When not working, Steve hangs out with his rescue dog, Gus, goes to the gym, travels, dabbles in photography and debates politics with his sister. He is also an avid airplane geek and can often be seen watching them take off and land at Gravelly Point near Reagan National Airport.

Rudin is currently working at WJLA-TV/ABC7 where he works alongside other famous WJLA-TV/ABC7 anchors and reporters including;