Bill Melugin is an Award winning American journalist who serves as a national correspondent for FOX News Channel (FNC).

Bill Melugin is an award-winning American journalist who serves as a national correspondent for FOX News Channel (FNC) based in the Los Angeles bureau. He joined the network in May 2021. Melugin previously worked as an investigative reporter for KTTV-TV Los Angeles, where he received an Emmy for investigative reporting in 2021.

Bill was born and raised in Orange County, California. The names of his parents or siblings if he has any are not known to the public. However, we know that he loves his mother very much, and from a caption that he tweeted, “Happy #mothersday to the best mom a son could ever ask for! My best friend, my biggest fan, and a bright light in my life! I love the buzz I feel in my pocket after every single live shot, knowing it’s her either texting a good job, fixing your tie, or you have powder on your face. Love you, mom.”

Bill is not married. He is in a relationship with Katy Johnson. Bill and Katy started dating in 2018 and they celebrated their first anniversary on November 12, 2019. The two are going steady and we hope that they will end up getting married and later have kids since they have no kids. Katy Johnson is an American actress, model, and host, who has been in the business for over 10 years. She has been featured as a model in numerous magazines such as GQ, Maxim, Esquire, Men’s Health, Influential Magazine, FHM, LA Fashion Magazine, Glamour, People Magazine, Hello Magazine, Ok Magazine, Heat magazine, and many more

Bill is an award-winning journalist and this only means that his work is utterly impressive. He has an estimated net worth of around $1 million. 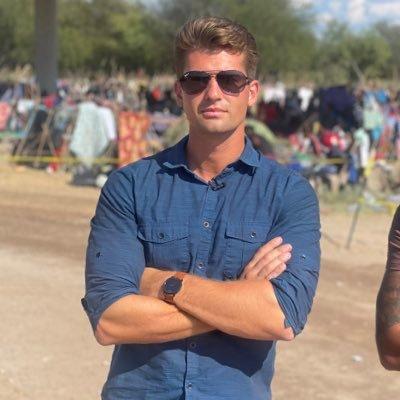 Melugin currently works in the Los Angeles bureau of FOX News Channel (FNC), where he works as a national correspondent. In May 2021, he joined the network. He recently has been reporting from the Rio Grande, where he has documented an upsurge in the number of people crossing the southern border.

Melugin works at Fox News as a national correspondent since May 2021. At the station he works alongside other Fox News anchors who include;

Melugin previously worked as an investigative reporter for KTTV-TV Los Angeles, where he received an Emmy for investigative reporting in 2021. In this position, he assisted in the breaking of several stories, including the disclosure that California Governor Gavin Newsom violated COVID-19 requirements while dining at the French Laundry. His breaking news coverage at KTTV was also featured on FNC shows like Tucker Carlson Tonight, The Ingraham Angle, and The Story.

Melugin formerly worked as a fill-in anchor at KFOX-TV in El Paso, Texas, and as an anchor and investigative reporter at WJYZ-TV in Charlotte, North Carolina. Melugin has won two Golden Mike Awards for Best Investigative Journalism from the Radio & TV News Association of Southern California, as well as two local Emmy Awards for his investigative reporting in Los Angeles and three regional Edward R. Murrow Awards for hard news and breaking news reporting.

Bill has modeled for a number of agencies including;  URBAN Management in Milan, Italy, at Abercrombie & Fitch in Scottsdale, Arizona, Wilhelmina Models in the Greater Los Angeles Area, and finally for FORD/ Robert Black Agency.