Brit Hume is an American journalist, political commentator and a writer who serves as a senior political analyst for FOX News Channel (FNC).

Brit Hume, born Alexander Britton Hume, is an American journalist, political commentator, and writer who serves as a senior political analyst for FOX News Channel (FNC). He has been a regular panelist on FOX News Sunday, the network’s weekly public affairs show, and he contributes to all major political coverage. As a writer, he is known for writing The Killing Ground (1979) which was nominated for Academy Award for Best Documentary Feature. His books are Death and the Mines: Rebellion and Murder in the United Mine Workers, Inside story.

Britton was born and raised in Washington, D.C. He is the son of George Graham Hume and Virginia Powell Hume.

Hume attended St. Albans School in Washington, D.C., at the same time as Al Gore, and earned a Bachelor of Arts in English from the University of Virginia in Charlottesville, Virginia, in 1965.

Brit is married to Kim Schiller Hume. The couple tied a knot in 1993. Kim was a Fox News vice president and Washington bureau chief before she retired in 2006. Previously, Brit was married to Clare Jacobs Stoner and unfortunately, their marriage ended in divorce. The two were blessed with a son, Sandy Hume, who was a reporter for the newspaper The Hill. Sandy committed suicide in February 1998. The annual Sandy Hume Memorial Award for Excellence in Political Journalism is given in his honor by the National Press Club. 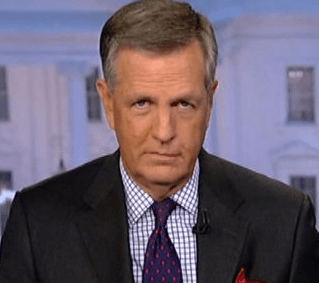 Brit’s daughter, Virginia Hume, was born in 1965 and was a contributor to The Weekly Standard. She has 25 years of experience in public relations, political communications, and traditional marketing. Her political experience includes working as the Republican National Committee’s deputy press secretary in 1996. Louis Hume is Brit’s youngest son, his mother is Kim Schiller Hume.

He has an estimated net worth of $16 million which he has earned through his career as a journalist.

The table below answers some of the frequently asked questions about Brit Hume.

He most recently covered the presidential and vice-presidential debates in 2020, as well as the Democratic and Republican National Conventions. Hume previously served as interim anchor of On the Record, which aired weekdays at 7 p.m. ET, from September 2016 until the 2016 presidential election. He was also the host of Special Report for more than ten years before stepping down in December 2008. Special Report was the highest-rated political program on cable television throughout his tenure.

Hume also served as the Washington managing editor for FOX News’ Washington bureau, where he was in charge of overseeing news output. From 1996 until 2008, he also hosted all of the network’s presidential election coverage. Hume worked for ABC News for 23 years before joining FOX News in 1996, where he was the principal White House correspondent from 1989 to 1996. During his time with the news division, he contributed to World News Tonight with Peter Jennings, Nightline, and This Week, as well as several specials.

Hume works at Fox News as a senior political analyst (FNC). He is a regular panelist on FOX News Sunday, the network’s weekly public affairs show, and he contributes to all major political coverage. At the station he works alongside other Fox News anchors who include;

In 1973, Hume joined ABC as a consultant for the network’s documentary section, and in 1976, he was promoted to Washington correspondent. He was eventually elevated to Capitol Hill correspondent, where he covered the House of Representatives until 1988. Hume began his career as a newspaper reporter with The Hartford Times and The Baltimore Evening Sun before joining United Press International.

He has earned various honors and distinctions, including the National Press Foundation’s Sol Taishoff Award for Excellence in Broadcast Journalism in 2003 and an Emmy Award in 1991 for his coverage of the Gulf War. Hume was awarded “the best in the industry” by the American Journalism Review for his comprehensive journalistic coverage of the White House. He is the author of two books, “Inside Story” and “Death and the Mines.”