Courtney Friel is an American news anchor, reporter, and author currently working for KTLA-TV in Los Angeles, California. She previously covered entertainment for KTTV station in Los Angeles, owned and run by Fox, as well as other local stations and even the Fox News Channel.

She is the daughter of Bernard Friel and Lois Friel. However, she has not revealed any information about her siblings as she likes to keep her personal life private.

Friel married Carter Evans, a correspondent for CBS News. The couple married in 2005. They together have two children. They divorced in 2016. Later on, she got engaged to Jim Hecht in 2019, and in 2020 they tied the knot.

Friel has an estimated net worth of between $1 Million $5 Million which she has earned through her career as a journalist. 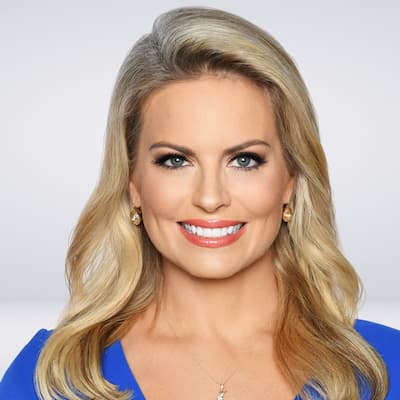 Friel attended Methacton High School in Eagleville, Pennsylvania, where she was involved in the media production class of the school, frequently producing the televised morning announcements. She was chosen to appear in the student-produced week of Channel One News in Los Angeles after submitting a short film. She received a Bachelor of Arts from San Diego State University in Political Science.

Friel was a GoTV Mobile Television sports anchor and entertainment reporter, as well as a hostess on the Travel Channel for the World Poker Tour. She hosted “EB TV” GameStop / EBGames that boasted of video games recently published and forthcoming. Before that, she co-anchored The Saturday Night Solution for Court TV. She has worked for different networks, including E!, as a field reporter. Entertainment, the World Poker Tour, Oxygen Channel, and Comcast Cable, as well as the Extra syndicated program.

Her autobiography, Tonight at 10: Kicking Booze and Breaking News, describes her past drug and alcohol abuse.

Friel is currently working at  KTLA where she works alongside other famous  KTLA anchors and reporters including;