Mark Kono is an American professional helicopter pilot and Journalist and reporter working in Sky5 on the KTLA Morning News. His operational background includes electronic newsgathering (ENG), executive charter, aerial photography, production, offshore and lifesaving medical flights, and he has been a professional helicopter pilot for over 25 years. He’s been flown to many major media outlets, including KSAZ-TV in Phoenix and KGO-TV in San Francisco, as well as KCBS-TV, KNBC-TV, KABC-TV, and KTTV-TV in Los Angeles, and his experience has brought him to different parts of the world. He was honored for his role on the KTLA Morning News with several Emmy awards.

Kono was born on May 6 thus he celebrates his birthday on the 6th of May every year. He has not revealed the year he was born as he is private about his personal life. However, he might be in his 50’s.

Kono has managed to keep his personal life away from the limelight hence he has not disclosed any information about his parents. It is also not known if Kono has any siblings.

Kono is married to Ginger Chan, a fellow KTLA 5 Morning News anchor. The KTLA couple celebrated their anniversary in July 2018. Lynette Romero, the fellow KTLA anchor/reporter, tweeted a short clip of their celebration and said that she loves the KTLA husband-and-wife power couple. 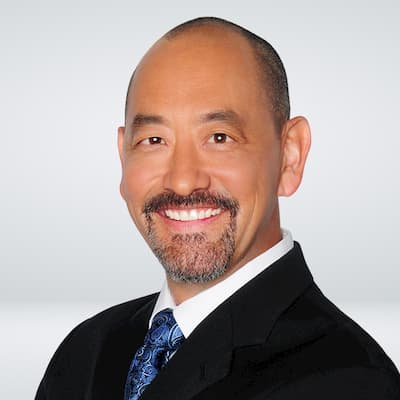 The couple has three children. In May 2014, their elder son, Ryder Kono, rejoiced at the moment when his twin siblings were born. Devyn Doris Kono was born one minute earlier than Alyssa Rose Kono. Devyn weighed 5 pounds 9 ounces among the stable twin daughters of the couple, while her younger sister, Alyssa, weighed 5 pounds 8 ounces during their pregnancy.

In May 2017, when the couple’s twins hit the age of three, their mother Ginger took her Instagram and wished ‘Happy Birthday to her adorable daughters. She posted a throwback image where her elder brother Ryder’s company was enjoyed by the siblings.

The table below answers some of the frequently asked questions about Kono.

Kono has an estimated net worth of about $1 Million $5 Million which he has earned through his career as a Journalist.

Kono started his Robinson R22 flight school, learning to fly at Hiser Helicopters in Corona, California, beginning in 1988. Hiser was a business in the 80s and 90s that was in its heyday. They would mainly train local and overseas pilots sent to the USA to receive initial R22 ratings and then, depending on the student, they would also complete a turbine transfer course in either a Bell 206 or MD500 before returning to Asia.

Kono started his flight training in a Robinson R22, learning to fly at Hiser Helicopters in Corona, California in 1988, starting out like so many before him. Hiser was a business in the 80s and 90s that was in its heyday. They will mainly train local and overseas pilots sent to the USA to receive initial R22 ratings and then, depending on the student, frequently complete a turbine transfer course in either a Bell 206 or MD500 before returning to Asia.

However, Kono ran out of money after receiving his private helicopter rank. Although he returned to non-flying roles to build up some more cash to complete his ratings, he was forced to put his flying on hold. His return to flight training to complete his commercial, CFI, and instrument ratings came in 1992 when he was able to restart “All Flyable” with a now extinct company located at Long Beach Airport.

The company was founded by a wealthy businessman who did his flight training at the same airport and noticed some holes in the training offered and decided that he was going to do it once done. This strategy was right on the money, according to Kono. However, the company only lasted five years in service with much riding on aircraft purchases, equipment, payroll, and a small decline in student enrollment.

Kono is currently working at  KTLA where he works alongside other famous  KTLA anchors and reporters including;

I'm so stoked to see the happiness on this kid's face – he's right in the transition from whitewash to wave faces. He went from trying to figure it out at a summertime "surf camp" to a couple of sessions with my buddy, thanks, Rock! If anyone's wondering, until his 8' McKinnon mini log comes in, he's riding one of mine, a 7'9" Tanaka! 🌊🏄 #ryderkono @ktlagingerchan5 @rockymckinnon @tanakasurfboardshawaii #huntingtonbeach #surf #surfing #bottomturnscomin'