Eric Spillman is an American reporter for the KTLA 5 Morning News. He started working at KTLA in May of 1991. Since then, Spillman has covered virtually every major news event in Southern California.

Spillman studied and graduated from the University of California, Berkeley with a bachelor’s degree in English language and literature letters.

Spillman has managed to keep his personal life away from the limelight hence he has not disclosed any information about his parents. It is also not known if Spillman has any siblings.

Eric and his wife Lynne are the proud parents of two adult children, Ben and Sara.

He is married to Lynne Spiegel Spillman. The couple has children; a son Ben Spillman who was born in 1998  and a daughter Sara Spillman born in March 2000. Eric frequently donates his time, including the annual MS Bay to Bay bike ride, to community activities. He loves mountain biking, rollerblading, and sleeping in his restricted free time. 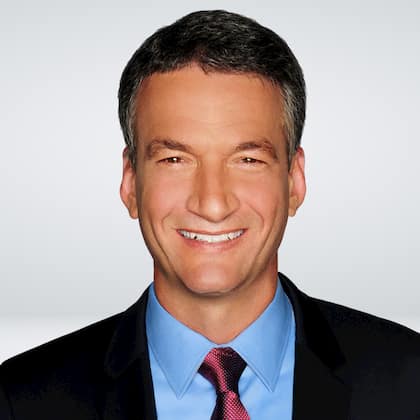 Spillman has an estimated net worth of between $1 Million $5 Million which he has earned through his career as a Journalist.

Even after years of waking up at 2:30 a.m., he says he still enjoys his job and finds it a privilege to see the city come to life every morning.

He regularly donates his time at community events, including the annual MS Bay to Bay bike ride. In his free time, Spillman enjoys mountain biking, rollerblading, and sleeping.

Spillman is currently working at  KTLA 5 where he works alongside other famous  KTLA 5 anchors and reporters including;

Eric has won many honors from the Emmys, Golden Mikes, Los Angeles Press Club, and others. He has won several Los Angeles Area Emmy Awards for best live news coverage for his contribution to live to report. In 2004, he was part of the KTLA Morning News: First Edition team to win an Emmy for the best regularly scheduled newscast. In 2000, for his coverage of the North Valley Jewish Community Center shooting, he won a Golden Mike Award from the Radio & Television News Association. He won an Associated Press Television-Radio Award for best live news coverage in 2002 and 2005. He is also a recipient of the Los Angeles Press Club Award for best coverage of breaking news on television.