Horace Holmes is an American news anchor who works as a co-anchor of ABC 7/WJLA TV’s weekend news and a weekday general assignment reporter. He also is the reporter for ABC 7’s ‘Choose to Save’ program.

Holmes has managed to keep his personal life away from the limelight hence he has not disclosed much information about his parents. His father worked as a social worker while her mother was a nurse. However, his father died from cancer while Horace was still young. He has a big sister, however not much is known about her.

Holmes is happily married to his college sweetheart Marcelena since 1981. His wife works as a development director for the Greater Baltimore YWCA. Details if the couples have children are not available.

Holmes has an estimated net worth of between $1 Million – $5 Million which he has earned through his career as a journalist. 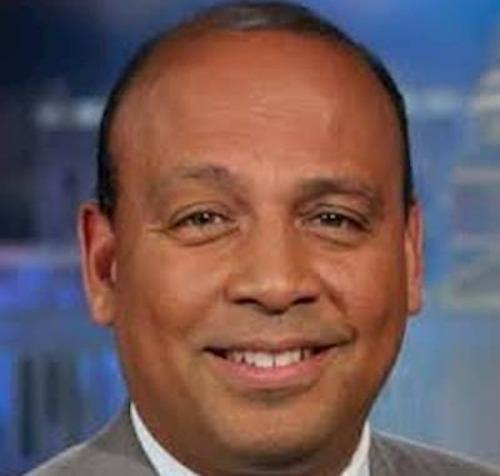 The table below answers some of the frequently asked questions about Holmes.

Horace anchored the Morning Show for WMAR-TV in Baltimore, prior to joining ABC 7. Years before joining WMAR-TV he worked with WBTV-TV as a reporter in Charlotte, North Carolina.

For his excellent work as a journalist, Horace has received several awards, including two Emmy Awards: One for his reporting on the post-September 11th re-opening of Reagan National Airport; and one for his work on a Choose to Save special program. He also received awards from the Associated Press, Sigma Delta Chi, Med Chi, and the National Association of Black Journalists.

Horace is an active volunteer in the community, supporting Special Olympics and the Maryland Governor’s Council on Adolescent Pregnancy.

Holmes is currently working at WJLA-TV/ABC7 where he works alongside other famous WJLA-TV/ABC7 anchors and reporters including;