Mark Giangreco is an American Sports director and anchor at ABC 7 Chicago. He is the primary sports anchor/reporter for the Number One rated 5 PM and 10 PM newscasts. He has been working at ABC 7 Chicago since joining the station in 1994. He has earned a reputation for being a sports anchor that even non-sports fans love watching, wit, delivering sports with humor, and an interesting spin on the day’s sports news.

Giangreco stands at a height of 5 feet 8 inches tall.

Giangreco was married to his longtime girlfriend Cyntia Giangreco popularly known as Cindi Giangreco. They were blessed with 3 children named Mark, Christopher, and Matt. In spite of their prosperous family bonding, they couldn’t stay courteously and separated in 2005.

Within a year of their divorce, Cindi sold their five-bedroom house for $2.78 million. He and his former spouse had bought the estate for $1.5 million back in 1995. 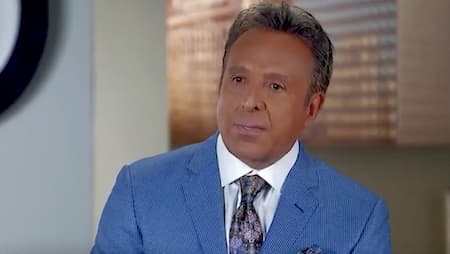 Giangreco has an estimated net worth of between $1 Million – $5 Million which he has earned through his career as a sports anchor.

The table below answers some of the frequently asked questions about Giangreco.

Giangreco received a Bachelor of Arts in Communications from Dayton University in 1974. He went to Canisius High School and graduated in 1970. He started his broadcasting career on WING Radio while still in college.

His broadcasting career started while still in his college years when he went to WING-AM radio in Dayton as a news and sports reporter in 1972. He has been honored with the prestigious Iris Award from the National Association of Television Program Executives,  two Associated Press Awards for “Best Sportscast,” and five Emmys, two Peter Lisagor Awards. Currently, he serves as honorary chairman of the Ronald McDonald House fundraising efforts.

Chicago Father’s Day Council named him “Father of the Year, in 1996 ” and earlier in 1995, he gained the Dante Award of the best student from the Justinian Society of Italian Lawyers Award for journalism and the Joint Civic Committee of Italian Americans. He earned the 1982 Louisville Journalism Award for his excellence in sports activities. Recently, he became commemorated with the 2017 Illinois Sportscaster of the Year Award.

Giangreco is currently working at ABC7 Chicago where he works alongside other famous ABC7 Chicago anchors and reporters including;