Sophy Ridge is an  England journalist who is currently working at Sky News. She serves as a political correspondent on the Sophy Ridge on Sunday news.

Sophy Ridge is an  England journalist who is currently working at Sky News. She serves as a political correspondent on the Sophy Ridge on Sunday news show which she has been hosting on Sky News since 2017. Previously, she served as a journalist on the tabloid newspaper News of the World.  She joined the Sky News team in 2011.

Ridge stands at a height of 5 feet 3 inches tall.

Ridge’s parents are teachers and she has one younger brother. However, she has not disclosed the names of her parents or those of her siblings as she likes to keep her personal life private.

Ridge is married to Ben Griffiths who is also a journalist. They tied the knot in 2014. Together the couple has been blessed with one child but she has not disclosed the name of her child as she likes to keep her personal life private.

Ridge has an estimated net worth of between $1 Million – $5 Million which she has earned through her career as an anchor. 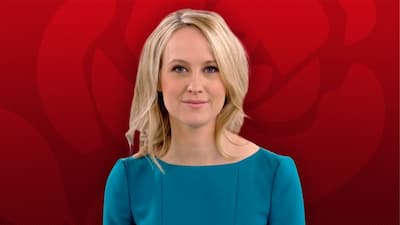 The table below answers some of the frequently asked questions about Ridge.

While serving as the anchor of Sophy Ridge On Sunday on Sky News, her first interview was with Prime Minister Theresa May. Previously, she served as a senior political correspondent. While serving in this role, she broke exclusive stores such as that Ed Miliband would resign as leader of the party, and the news that Jeremy Corbyn had won the Labour leadership contest in 2015.

She served as the political, business, and consumer anchor for the News of the World before joining the Sky News team in 2011. In addition, in her career as a journalist, she has won a number of awards such as the MHP 30 Under 30 gold award, and the Words by Women Awards in 2016.

Furthermore, in 2013, during the Royal Television Society Awards, she was shortlisted for the young journalist of the year award. She has also published a book on the history of women in Westminster in 2017, which she named The Women Who Shaped Politics.

Ridge is currently working at SKY NEWS where she works alongside other famous SKY NEWS anchors and reporters including;