Jennifer Mayerle is an American Emmy and Edward R. Murrow award-winning journalist who is a reporter at WCCO since joining the station in May 2014. Mayerle also anchors “WCCO Saturday Morning” from 8-9 a.m. She loves to tell stories that positively impact the community, report on ordinary people who act in extraordinary ways, and investigate problematic situations that can be corrected by an informed public.

Mayerle stands at a height of 5 feet 5 inches tall.

Mayerle has managed to keep her personal life away from the limelight hence she has not disclosed any information about her parents. It is also not known if Mayerle has any siblings.

Mayerle is very private about her personal life therefore it is not known if she is in any relationship. There are also no rumors of her being in any past relationship with anyone. 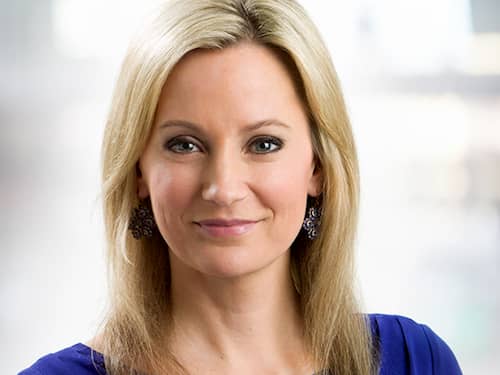 Mayerle has an estimated net worth of between $1 Million –  $5 Million which she has earned through her career as a journalist.

The table below answers some of the frequently asked questions about Mayerle.

Since joining WCCO in 2014, Mayerle has been a part of the 10 ‘o clock news team which was honored with a regional Murrow award for their coverage of Jacob Wetterling’s case, and the arrest of his kidnapper and killer, Danny Heinrich. She was recognized by RTNDA with a Murrow for “Spreading Kindness,” the story of a young girl with cancer who, along with her sisters, formed a friendship with their garbage men.

Mayerle has also been honored in Minnesota with an Emmy and by the Minnesota chapter of the Society of Professional Journalists.

Mayerle was moved by her journey with Minnesota war veterans on their Honor Flight to visit the war memorials in Washington, D.C., and to see the changing of the guard with them at Arlington National Cemetery.

Before joining, WCCO, Mayerle worked at CBS46 in Atlanta where she was recognized for excellence in reporting and for community involvement. She received an Emmy for her in-depth look at the long-lasting impact of concussions and repeated hits to the head to athletes from the youth to the pro level. Mayerle’s reports helped prompt Georgia legislators to pass The Return to Play Act, a law designed to protect young athletes.

In 2011, Mayerle won an Emmy, a Murrow, and a Georgia Associated Press award for her report on Ann Bartlett, a lady who died in a house fire due to the failure of firefighters to respond adequately to Bartlett’s 911 call.

She received the Apex Society’s 2008 “Power 30 under 30” award, which honors 30 professionals in Atlanta under age 30 for excellence in their professional and community endeavors. Mayerle enjoyed volunteering, emceeing events, and serving on boards of directors, including for the Atlanta Press Club.

While in Atlanta, Mayerle did occasional reports on The Insider and CNN (including one for CNN, reporting from Atlanta in January, on the onset of a spell of bitterly cold weather in Minnesota – could that be the story that led her back home?), and also contributed profiles of prominent individuals to The Atlantan monthly magazine.

Before Atlanta, she worked as a weekend anchor/reporter for WKRG in Mobile, AL. There, Mayerle gained international exposure for her coverage of Hurricane Katrina. Mayerle won her first Emmy and Murrow for her interview with Hardy Jackson in Biloxi, Mississippi just hours after his wife was swept from his grasp by the floodwaters. That was one of the first stories of human suffering to emerge from Katrina’s wreckage. Mayerle and Hardy became friends, and she maintained her connection to Hardy Jackson until his death in 2013. Mayerle still keeps in touch with his family.

Mayerle started her career at KWES in Midland, Texas, as a weekend anchor/reporter, a smaller market where she learned the value of self-sufficiency and grew to appreciate the beauty of rolling tumbleweeds.

She is a proud graduate of the University of San Diego. Mayerle is a mentor with Minnetonka High School’s VANTAGE program and is on the Advisory Board for Assistance League of Minneapolis St. Paul.

Mayerle is currently working at  WCCO where she works alongside other famous  WCCO anchors and reporters including;