Katy Tur is an American anchor who is currently working at MSNBC. She serves as an anchor at MSNBC where she broadcasts reports at 2 pm. Additionally, she serves as a correspondent for NBC News and she has reported for NBC news platforms such as Early Today, Today, The Weather Channel,  WNBC–TV, MSNBC, and Meet the Press. She is also an author whose books have been termed as the best sellers in New York Times.

Tur is a Jewish native. She attained a Bachelor of Arts in philosophy from the University of California, Santa Barbara in 2005. After she completed her education she reported for News 12 Brooklyn, Fox 5 New York, WPIX-TV, HD News/Cablevision,  KTLA, HD News/Cablevision. Later on, she worked for  The Weather Channel on the network’s VORTEX2 team as a storm chaser.  She joined  WNBC-TV an NBC’s local station in New York City in 2009, and later on, she was promoted to NBC News at the national network level. In the same year, for her coverage of the March 2008 crane collapse on the Upper East Side of Manhattan, she was awarded AP’s Best Spot News Award. She covered the search for Malaysia Airlines Flight 370, a motorcycle attack on an SUV, and the death of Cory Monteith while she was at NBC News.

During the presidential campaign for Donald Trump, she was NBC News and MSNBC’s embedded reporter. Her task was to inform the Trump campaign about the Access Hollywood tape featuring Trump’s conversation with Billy Bush about women that the network had in possession, as a reporter for NBC. Trump singled her out on various occasions in his criticism of the press. Trump’s supporters booed her and according to CNN anchor Wolf Blitzer, she was verbally harassed at an event in Florida. Kellyanne Conway Trump’s campaign manager stated that Trump did not want anyone to attack or harass her.

At Tramp’s campaign rallies, she reflected on covering his treatment of her in an article for Marie Claire. She published a book that recounting her experience in covering the presidential campaign of Donald Trump in 2016. The book was named, Unbelievable: My Front-Row Seat to the Craziest Campaign in American History and for several weeks it was on the New York Times Best Seller list.

She was awarded the Walter Cronkite Award for Excellence in Journalism in 2017. During her leisure time, she enjoys listening to the Phish which is a jam band. 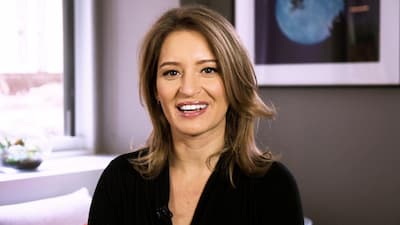 Tur’s father is known as Robert Albert Tur while her mother’s name is Marika Gerrard. Both her parents were journalists but they later divorced in 20003 and her father changed his gender and name to Hanna Zoey Tur. She has a brother named James Tur who is a medical student.

Tur is married to Tony Dokoupil who is a correspondent for CBS News. The couple tied the knot on October 27, 2017, in Utah. Together the couple was blessed with a son on April 13, 2019, and in January 202, she announced that she is expecting another child due on May 2021. She also has two stepchildren from Tony’s first marriage. She resides in New York together with her family.

Tur has an estimated net worth of between $1 Million – $5 Million which she has earned through her career as an anchor and journalist.