Andrea Mitchell is an American Emmy award-winning anchor, and reporter who is currently working at MSNBC. She serves as a weekday anchor at 12 pm on MSNBC where she hosts the  Andrea Mitchell Reports. Additionally, she also serves as a commentator for NBC News, based in Washington, D.C, and is the NBC News Chief Foreign Affairs Correspondent.

She was brought up in  New Rochelle, New York, United States.  New Rochelle High School was where she graduated and later on she attained a Bachelor of Arts degree in English literature in 1967 from the University of Pennsylvania. She served as a news director at WXPN a student radio station while she was still in the University. Later on, after her graduation, she was able to secure a job at  KYW radio as a reporter in Philadelphia. She also reported for  KYW-TV and during Mayor Frank Rizzo’s administration, she rose to prominence as KYW City Hall correspondent.

In 1976, she relocated to CBS affiliate WTOP which is currently known as WUSA located in Washington D.C, and later on to NBC’s network news operation where she served as a general correspondent. During the  Three Mile Island nuclear accident and the late-1970s energy crisis in 1979, she was named as NBC News energy correspondent. Additionally, before she became the chief congressional correspondent in 1988, she had covered the White House from 1981. She has been part of the NBC News team since late July 1978.

She served as Chief Congressional Correspondent (1988–1992), and as Chief White House Correspondent (1993–1994) for NBC News. Since November 1994, she has been serving as the Chief Foreign Affairs Correspondent for NBC News. Later on, she went ahead to publish a book that chronicled her work as a journalist in 20005, that was named  Talking Back… to Presidents, Dictators, and Assorted Scoundrels For her commendable work as a journalist, she earned herself a Lifetime Achievement Emmy in 2019.

Mitchell stands at a height of 5 feet 7 inches tall and she weighs 63 kgs. 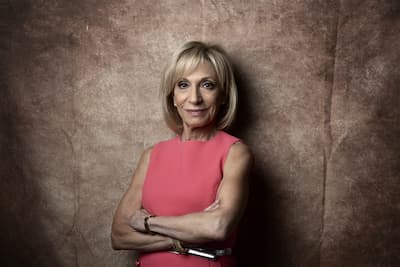 Mitchell is the daughter of Cecile and Sydney (Rubenstein) Mitchell. Her father was the chief executive officer and partial owner of a furniture manufacturing company in Manhattan while her mother was an administrator at the New York Institute of Technology in Manhattan. She has a brother named Arthur Mitchell and a sister named Susan Greenstein.

Mitchell is currently married to  Alan Greenspan since 1997. She was previously married to Gil Jackson who she later divorced in 1975. She likes to keep her personal life private hence she has not revealed the names of her children.

Mitchell has an estimated net worth of between $1 Million – $5 Million which she has earned through her career as an anchor.

Mitchell revealed that she was diagnosed with breast cancer on September 7, 2011, during a doctor’s visit which was caught at its early stage and treated.