Ayman Mohyeldin is an Arab American Emmy nominated anchor who currently works at NBC News and MSNBC. He anchors Ayman Mohyeldin Reports on weekday afternoons on MSNBC. Previously, he worked for Al Jazeera and CNN. During the handing over and trial of the deposed President of Iraq Saddam Hussein by the Iraqi Interim Government for crimes against humanity, she was among the first Western journalists allowed to enter and report. In addition, she has covered the Arab Spring as well as the 2008–09 Gaza War.

For his high school education, he attended the North Cobb High School in Kennesaw, Georgia. Later on, he attained a BA in International Relations with a focus on the European Union in Washington D.C at the American University. His graduation thesis was entitled, “The News Media Paradigm in the War on Terrorism” after he received an MA in International Politics with a focus on Peace and Conflict Resolution. The International Association of Media Researchers Conference in Barcelona, Spain, accepted it in 2002.  From 2003–2005, he lived as a foreign news producer with CNN in Iraq.

His journalism career began at NBC where he worked as a desk assistant for the Washington D.C. bureau. Just a short while after 9/11, his first major assignments happened. He said that he was able to gain a lot of experience due to the fact that there was a shortage of people with language skills or expertise in the Middle East. In addition, he also stated that he got in the middle of things that normally desk assistants at his level would not have gotten. He also said that he had an unbelievable experience at a really young age because he was able to work on some big pieces that had to do with investigating 9/11 and all kinds of international terrorist connections.

His coverage of major events in the Middle East and the Arab world includes the first multi-candidate presidential Egyptian elections in 2005, the 2005 Palestinian elections in the Gaza Strip, the Iraq War, and Israel’s withdrawal from the Gaza Strip. In Addition, he has also covered the Jordan Hotel bombings in 2005 and the Sharm al-Sheikh resort bombing in 2005. Additionally, after he produced Col. Muammar al-Qaddafi’s first interview announcing Libya would abandon all WMD programs, he had the privilege of becoming the first journalist to enter one of Libya’s nuclear research facilities.

He received an Emmy nomination for his work in the CNN documentary “Iraq: progress report” which was about the daily struggles of Iraqis. In the NBC News Special that received Emmy nominations for “Inside the Real West Wing”, and “Ship at War: Inside the Carrier Stennis”, he served as an associate producer. Furthermore, he was also involved in the production of CNN specials “Islam: The Struggle Within” and “Hajj: A Spiritual Journey” and the annual Muslim Pilgrimage (Hajj) to Mecca.

His coverage together with Sherine Tadros has been released in the ” The War Around Us” documentary. In addition, he covered the Israel attack on Gaza in 2008–2009. Furthermore, he did a report on the intricate network of tunnels across the Egyptian-Gaza border that are an important route into Gaza for medicine, food, and fuel supplies and were previously used to smuggle weapons and people. He relocated from Al Jazeera English to NBC in 2011 and during this time he extensively covered the second “Arab Uprising” in Egypt in 2013. Additionally, not long ago he covered the unrest in Ukraine, and recently he covered the unrest in Iraq. 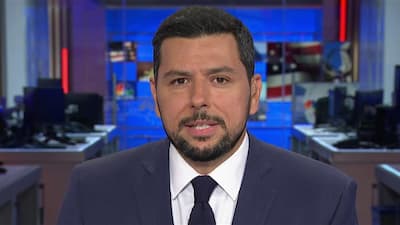 Mohyeldin stands at a height of 6 feet 2 inches tall.

Mohyeldin is the son of an Egyptian father named Medhat Mohyeldin who is a certified public accountant in Marietta, Georgia, and a  Palestinian mother named Abla Awwad. He also has an older brother named Ahmed.

Mohyeldin is married to Kenza Fourati a Tunisian model. They got married on April 26, 2016, in Marietta, Georgia at a private ceremony. Together the couple was blessed with a daughter named Dora Fourati Mohyeldin who was born on March 12, 2017, in New York. later on, they were blessed with a son in April 2018 who they named  Idris.

Mohyeldin has an estimated net worth of between $1 Million – $5 Million which he has earned through his career as an anchor.