Elizabeth Vargas is an American Emmy award-winning anchor and correspondent who is a former member of the ABC News team. In June 1996 was when joined the ABC News team, as the news anchor for Good Morning America. She left the ABC News station in May 2018 and is currently the lead investigative reporter/documentary anchor for A&E Networks. In addition, she is also the host of America’s Most Wanted on Fox. Additionally, she is the host of the podcast Heart of the Matter on iTunes and Spotify.

Vargas is 58 years old as of 2020. She was born on September 6, 1962, in Paterson, New Jersey, United States. She celebrates her birthday on the 6th of September every year.

Vargas stands at a height of 5 feet 9 inches tall and she weighs 58 kgs.

Vargas’ father is named Rafael Vargas an Italian-Spanish colonel in the United States army from Puerto Rico. Her mother is named Anne Vargas, she is an Irish-American who works as a part-time English teacher. She has two siblings called Amy and Christopher, who both work in tech in Silicon Valley

Vargas is married to Marc Cohn who is a songwriter and singer. They got married on July 20, 2002, after three years of dating. Together the couple has been blessed with two sons named Zach and Sam. In addition, she also has two stepchildren named Max and Emily who are from Marc’s first marriage from a 12 years marriage. She resides in New York together with her family.

Vargas has an estimated net worth of between $1 Million – $5 Million which she has earned through her career as an investigative reporter, documentary anchor, and television journalist. 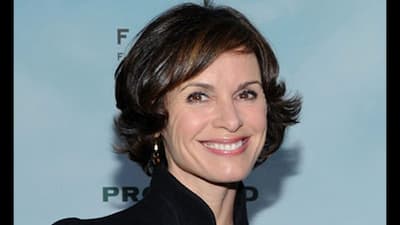 Her career has enabled her to travel all over the world reporting in-depth investigations, conducting newsmaker interviews, and covering breaking news stories. Currently, she serves as the co-host of 20/20 together with David Muir. She reported on both the American military engagement and the civilian life in Iraq for the “World News Tonight” from Baghdad, during the December 2005, historic Iraq elections. Among the leaders all over the world, she has interviewed include the Oval Office in the White House President Bush.

Due to her international coverage, she was able to find stories of hope after the attack of rebels in a school where more than 300 people were killed and over half of them were children in Beslan, Russia. In addition, she gave a report on the resurrection of Jesus from the Middle East and reported on the plight of orphans and questionable international adoption practices in Cambodia. Furthermore, she anchored live on the deaths of President Ronald Reagan and John F. Kennedy, Jr, and reported on Hurricane Katrina’s devastation.

For her instant live coverage on the Elian Gonzalez case, she won an Emmy award in 2000. For her “intellectually brave” reporting on the murder that gained national attention as an anti-gay crime of a young man named Matthew Shepard in 1998, she was credited by The New York Times in November 2004.

She hosted an ABC News special “In the Shadow of Laci Peterson,” that examined the disappearances of several young women in northern California and why their stories failed to attract significant media attention in July 2003. Later on, she an hour investigating many theories raised in the bestselling novel “The Da Vinci Code” called “Jesus, Mary, and Da Vinci” in November 2003. Additionally, she had an interview with the owners of two dogs that killed a San Francisco woman in February 2001, which revealed, what prosecutors in the case say that it was critical to winning convictions against the couple.

Most recently, in April 2008, she hosted a ground-breaking National Geographic special that followed the cradle-to-grave consumption of an average American boy and girl, which was named Human Footprint. More to that, she has interviewed a wide range of celebrities including musicians, business leaders, actors, and authors such as Jeff Skoll, Sheryl Crow, Hugh Hefner, Mick Jagger, Dan Brown, Alanis Morissette, Cat Stevens, Johnny Depp, Ellen DeGeneres, Jessica Simpson, Monica Seles, Drew Barrymore.In the four-part, award-winning ABC News documentary series “ICU,” which provided a unique look at life inside one of the nation’s elite pediatric cardiology intensive care units, she was its narrator in 2002. Additionally, she has anchored and reported several one-hour ABC News such as Same-Sex Marriages, It Takes a Miracle, Vanished and Surrogacy.

Furthermore, she has been engaged in a Children First Safety Special for ABC’s Children First Program and in ABC’s March Against Drugs. Previously, she anchored “World News Tonight Sunday,” served as a substitute anchor on “Good Morning America,” also as a co-anchor for World News Tonight”, also as a correspondent for “20/20” and “Primetime Thursday,” and co-anchor of “Primetime Monday.” Before she joined the ABC News team, she was a correspondent and anchor, primarily for “Dateline NBC” and “Today” for NBC News. Additionally, she worked for the weekend editions of “NBC Nightly News” as its substitute anchor.

She was a correspondent for the news magazine “Now With Tom Brokaw and Katie Couric” in 1993 when she joined the NBC News team. For four years, she served WBBM-TV, the CBS affiliate in Chicago, as an anchor and reporter. Prior to that, she was the lead reporter for KTVK-TV, the ABC affiliate in Phoenix from 1986 to 1989. At KTVN-TV, the CBS affiliate in Reno, she served as an anchor and reporter. She attended the University of Missouri in Columbia where she graduated with a bachelor’s degree in journalism.

Vargas is currently working at ABC News where she works alongside other famous ABC News anchors and reporters including;