Elias likes to keep his personal life private hence he has not yet disclosed the date, month, or year he was born. It is therefore not known when he celebrates his birthday.

Jonathan has managed to keep his personal life away from the limelight hence he has not disclosed any information about his parents. It is also not known if Elias has any siblings.

Elias is happily married to his high school sweetheart. However, he has kept her details off the limelight . The two are blessed with two girls.

Elias has an estimated net worth of between $1 Million – $5 Million which he has earned through his career as a journalist. 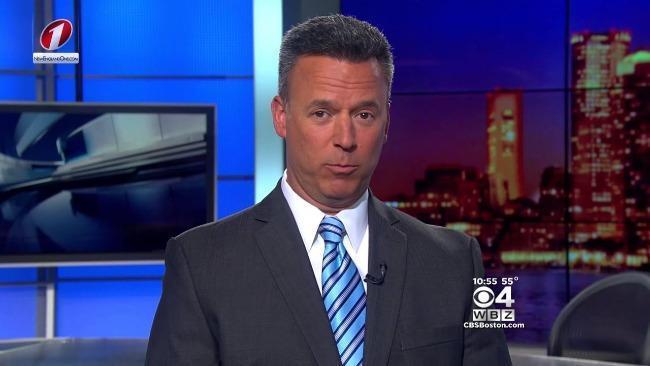 Elias joined ABC7/WJLA-TV from WBZ in Boston where he served as a primary anchor and a lead reporter. He was the only reporter left standing on the finish line on the day of the Boston Marathon bombings . He has over time earned the highest journalism awards in the business, a DuPont, a Peabody, and a National Emmy Award. During his time in Boston, Elias earned Emmy Awards for being the best anchor, writer, and for four years in a row the best general assignment reporter. He has had the chance to cover blizzards, hurricanes and parades for the Bruins, Red Sox, Celtics and Patriots.

Prior to moving to Boston, Elias worked as the main anchor at KNXV in Phoenix. With his position as main anchor, he was chanced to travel the country covering big stories including Hurricane Katrina, Hurricane Rita, and the Washington D.C. sniper case. Through his investigative work he was able to expose a gaping hole in the T.S.A. screening process earned him a national Peabody Award. He also started the Welcome Home Project , a group that worked to recognize and thank returning Purple Heart Veterans.

Elias has also worked as a primary anchor at KCBS in Los Angeles, WCCO in Minneapolis and as a reporter in Birmingham and Joplin.

He has also reported important stories which include the L.A. Riots, Oklahoma City bombing, the crash of TWA 800, and the Oakland Hills fire. His work also involves the covering of hurricanes, earthquakes, floods, and politics.

Due to the brilliance of his work, he has been recognized with three George Foster Peabody Awards, an Alfred I. DuPont Award, a National Emmy, and 25 Regional Emmys.

Other than being a journalist Jonathan has also served as an Honorary Commander at Hanscom Air Force Base for three years, and for nearly a decade has served as an instructor at the U.S. Army War College.

Elias is currently working at WJLA-TV/ABC7 where he works alongside other famous WJLA-TV/ABC7 anchors and reporters including;