Ginger Zee is an American Emmy award-winning meteorologist who is currently working at ABC News. She serves as the chief meteorologist and anchor of “Good Morning America” on ABC News. In addition, she is a Certified Broadcast Meteorologist (CBM) and the best-selling author in New York Times,  She joined ABC News in 2011 and since then she has been reporting across ABC News broadcasts and digital platforms.

Zee stands at a height of 5 feet 5 inches tall and weighs 61 kgs.

Zee’s father is known as Robert Zuidgeest while her mother is named Dawn Zuidgees. Her siblings are Sean who is a Musician in the band Outer Vibe and Walter. In addition, she has a stepfather named Carl Craft and two half-sisters, Adrianna and Elaina Craft.

Zee is married to Benjamin Aaron Colonomos. They got engaged in August 2013, and later on June 7, 2014, they got married. Later on, the couple was blessed with their first child in December 2015, in Petoskey, Michigan who they named Adrian Benjamin Colonomos. Their second-born son was born in February 2018, who they named Miles Macklin. She resides in Manhattan, New York together with her family.

Zee has an estimated net worth of between $1 Million – $5 Million which she has earned through her career as a meteorologist. 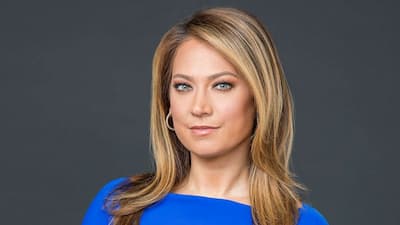 Before she joined the ABC News team she previously was the meteorologist for “Good Morning America Weekend”. Furthermore, she serves as the host of ABC News’s original digital series “Food Forecast.” She has covered many historical storms and nearly every major weather event, broadcasting from the Colorado floods and wildfires, covered the aftermath of tornadoes in Moore and El Reno, Oklahoma, to the devastated Jersey Shore during Hurricane Sandy.

From the Boston blizzard to the record-breaking heat in Death Valley, she covered extreme weather conditions in 2013. She covered Hurricane Matthew and its path along the east coast in 2016. Additionally, her passion does not end with storm chasing rather, her love of adventure has taken her and ABC News viewers across the world. She has flown a drone into the fissure of a volcano in Iceland, para-glided from the Himalayas to the Andes hiked the largest cave in the world in Vietnam, gone para-hawking in Nepal, and rappelled 27 stories down the exterior façade of the Wit Hotel in Chicago. In addition, she has also indulged in surfing live on GMA, iceboat racing, and skydiving.

She was part of the Storm 8 in Grand Rapids, Miami where she worked at WOOD-T. In addition. she covered science, the environment, and the impact of weather throughout West Michigan. Flint, Miami, she worked at WEYI NBC 25 from 2003-2005. Later on, from 2006 to 2011, while in Chicago, she served as the meteorologist for NBC station WMAQ-Channel 5, and in addition, she also filled in for some MSNBC and NBC News programs.

In Grand Rapids, Michigan at WLAV FM/ WXMI was where her career started. Her passion for the atmosphere and she is dedicated to getting young people interested in science. Her voice is heard in Disney Junior’s hit show “Miles from Tomorrowland” as “Dr. Zephyr Skye” the storm chasing alien. Additionally, together with her husband, they star in “Renovation Realities: Ben & Ginger” on DIY Network.

Zee is currently working at ABC News where she works alongside other famous ABC News anchors and reporters including;