Jeff Zeleny is an American anchor and reporter who is currently working at ABC News. In 2013, he was named ABC News Senior Washington Correspondent and is currently the Chief National Affairs Correspondent for CNN. In addition, he serves as a reporter for ABC News Radio and all ABC News digital properties inclusive of a weekly interview show, “The Fine Print,” as part of the ABC News/Yahoo “Power Players” video series.

Zeleny stands at a height of 5 feet 8 inches tall.

Zeleny is gay however, he likes to keep his personal life private hence has not revealed the name of his partner. He resides in Washington District.

Zeleny has an estimated net worth of between $1 Million – $5 Million which he has earned through his career as an anchor and reporter. 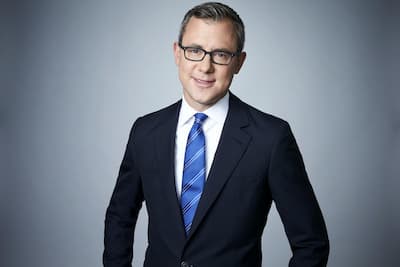 He covers Congress and national politics for the network, reporting for all broadcasts and platforms including “Good Morning America,” “World News Tonight with David Muir” and “This Week with George Stephanopoulos.” He won a  Pulitzer Prize with the Chicago Tribune during his newspaper career.

In the 2014 elections, he followed and narrated the Republican Party as it swept control of the Senate. In addition, he covered and reported protests in the wake of a police shooting that sparked a national conversation on race relations. In his career, he has reported from more than twenty-four countries, across six continents and traveled to all fifty states. Furthermore, he is currently covering his fifth presidential campaign and he is among one of the country’s premier political journalists.

He was the lead reporter in the 2012 presidential campaign while he was the national political correspondent for The New York Times. Moreover, he covered Barack Obama’s road to the White House and his administration in 2018. He covered the Nobel Peace Prizegiving of the president in Oslo, Additionally, in June 2009, he covered the president’s first major address to the Muslim world in Cairo.

In the Chicago Tribune, he served as the national political correspondent. He covered Congress for the Times before he moved to the Chicago Tribune. He covered the presidential campaign and the first years of the George W. Bush administration in 2004. He was a reporter on the Metropolitan desk in Chicago when he joined the Chicago Tribune in 2000. During this time he was a member of the reporting team that won a Pulitzer Prize in explanatory journalism for documenting gridlock in the nation’s air traffic system.

His career started at the Des Moines Register, where he covered the opening round of the  2000 presidential campaign. He is an Exeter, Nebraska native and studied news-editorial journalism and political science at the University of Nebraska-Lincoln, and graduated in 1996. Additionally, he has worked at the Florida Times-Union, the Lincoln Journal Star, The Associated Press, the Arkansas Democrat-Gazette, and The Wall Street Journal. On the PBS “Washington Week he is a regular panelist.

Zeleny is currently working at ABC News where he works alongside other famous ABC News anchors and reporters including;