Jim Cramer is an American television personality currently working as the host of Mad Money on CNBC and Co-Anchor CNBC’s “Squawk on the Street” (M-F, 9 AM-11 AM ET). He is a co-founder of TheStreet.com, an author, and a former hedge fund manager.

Cramer is the host of CNBC’s “Mad Money,” (M-F, 6 PM ET) featuring lively guest interviews, viewer calls, and most significant, the unmatched, fiery opinions of Cramer himself. Cramer serves as the viewer’s personal guide through the confusing jungle of Wall Street investing—navigating through both opportunities and pitfalls with one goal in mind—to help them make money.

After graduating, Cramer became a reporter for the Tallahassee Democrat and later for the Los Angeles Herald-Examiner, where he covered stories ranging from homicides to sporting events. 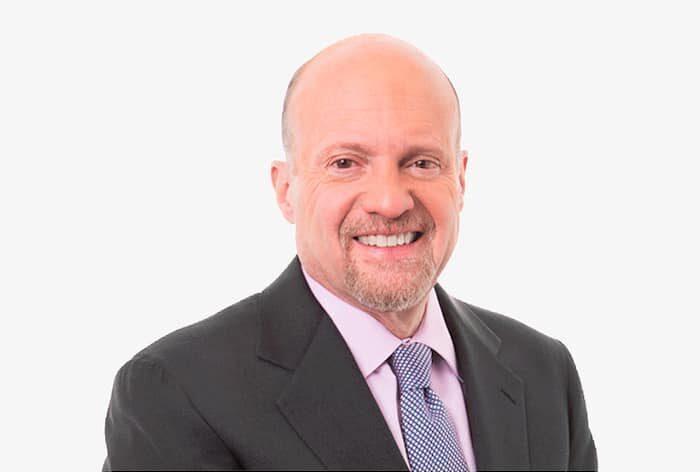 He is a former hedge fund manager and founder/owner and senior partner of Cramer Berkowitz. Cramer’s compounded rate of return was 24 percent after all fees for 14 years at Cramer Berkowitz. In 2001, he retired from his hedge fund, where he finished with one of the best records in the business, including having 36 percent-plus year in 2000.

Prior to attending Harvard Law School and earning a law degree, Cramer helped Steve Brill launch American Lawyer magazine. Upon graduating and passing the New York State Bar Examination and being admitted to the N.Y. State Bar, Jim Cramer joined Goldman Sachs in sales and trading. While there, he wrote for The New Republic about stock market issues.

In December 2013, Cramer published the book, “Jim Cramer’s Get Rich Carefully,” in which he creates a guide to high-yield, low-risk investing. Additionally, he is the author of “Jim Cramer’s Getting Back to Even,” “Mad Money: Watch TV, Get Rich,” “Stay Mad for Life: Get Rich, Stay Rich,” “Jim Cramer’s RealMoney” and “Confessions of a Street Addict.”

Cramer is 65 years old as if 2020. He was born as James J. Cramer on February 10, 1955, in Wyndmoor, Pennsylvania, United States. He celebrates his birthday on the 10th of February every year.

Cramer was born to Jewish parents. He is the son of Louise A. Cramer and N. Ken Cramer. His mother was an artist while his father owned International Packaging Products, a Philadelphia-based company that sold wrapping paper, boxes, and bags to retailers and restaurants.

Cramer is married to Lisa Cadette Detwiler since April 18, 2015. The couple did their wedding in Brooklyn, New York. Lisa is a Real Estate Broker and general manager of The Longshoreman, an Italian bistro/restaurant in the borough of Brooklyn in New York City. Cramer and his wife also own Bar San Miguel, a restaurant and bar serving Mexican cuisine in Carroll Gardens, Brooklyn.

Previously, Cramer was married to Karen Backfisch from 1988 to 2009. The two had 2 children Cece Cramer and Emma Cramer.

Cramer has an estimated net worth of $100 million which he has earned through his career as a television personality and author.

Cramer earns an annual salary of $5 million working for CNBC.

Cramer lives in Summit, New Jersey with his family. Additionally, he has a 65-acre estate in the New Jersey countryside and a summer house in Quogue, New York, on Long Island.

Relaxing in my garden 🍅🥕🥒