Morgan Brennan is an American news anchor who is currently co-anchor of the 10 AM ET hour on CNBC’s “Squawk on the Street” (M-F, 9 AM-11 AM ET), which broadcasts live from the New York Stock Exchange. Before that, Brennan was co-anchor of CNBC’s “Squawk Alley” (M-F, 11 AM-12 PM ET).

Brennan has managed to keep her personal life away from the limelight hence she has not disclosed any information about her parents. It is also not known if Brennan has any siblings.

Brennan is married to Matthew Cacciotti since August 6, 2011. The couple is blessed with two children; their daughter was born on March 30, 2016. Her husband is an American professional broker.

Brennan has an estimated net worth of about  $1 Million -$5 Million which she has earned through her career as an anchor. 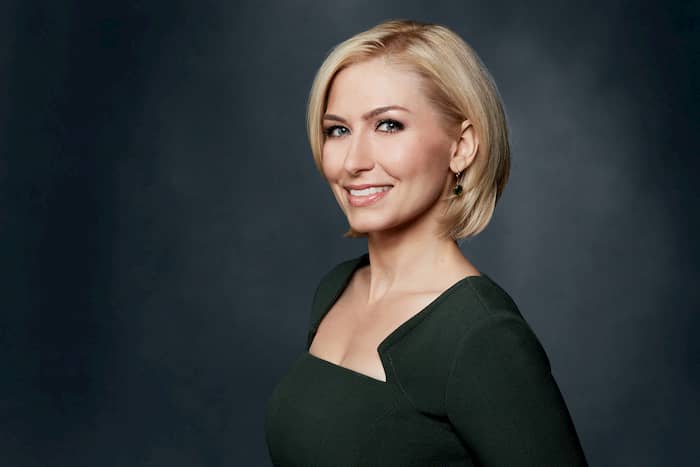 The table below answers some of the frequently asked questions about Brennan.

Brennan joined CNBC in December 2013 as a general assignment reporter based at CNBC Global Headquarters in Englewood Cliffs, N.J., and continues to cover a variety of sectors, including manufacturing, and defense, and space.

Before joining CNBC, she was a staff writer and reporter for Forbes Media where she reported for ForbesLife Magazine, Forbes Magazine, and Forbes.com, most recently covering real estate. Brennan started her career at Forbes in 2009, holding several positions including anchor/reporter and producer for the Forbes Video Network, reporting a wide range of business and finance topics.

Prior to that, she was a regular guest on a variety of networks discussing business and economic stories and also interned at Newsweek International, where she served as a fact-checker and contributing writer.

Throughout her career, she has interviewed heads of state, billionaires, thought leaders, and chief executives of multibillion-dollar corporations. In 2013, Brennan’s profile story on Equity Group Investments Chairman Sam Zell was one of five magazine covers featured on the 2013 Forbes 400 issue.

Brennan is currently working at  CNBC  where she works alongside other famous  CNBC  anchors and reporters including;