Contessa Brewer is an American Emmy-Award-winning television journalist who is currently working as CNBC Correspondent. She joined the station in 2017 as a full-time correspondent and fill-in anchor. As a correspondent, Brewer has covered major news stories for the network including the 2016 presidential election, Hurricane Irma, Hurricane Harvey, and Hurricane Maria, among others.

Brewer has managed to keep her personal life away from the limelight hence she has not disclosed any information about her parents. It is also not known if Brewer has any siblings.

Brewer is married to Dan Senor and the couple is blessed with two children. They welcomed their twin boys in 2013. The family resides in New York. 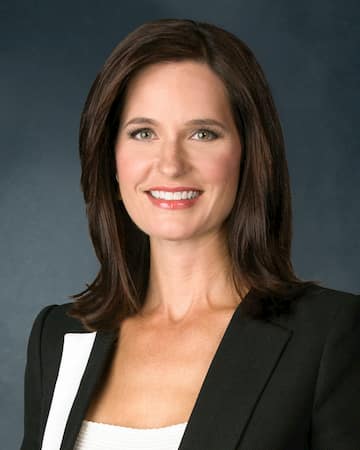 Brewer has an estimated net worth of about $1 Million – $5 Million which she has earned through her career as a Television news anchor and host.

The table below answers some of the frequently asked questions about Brewer.

Brewer started her career in Reno, NV followed by Palm Springs, CA, and Milwaukee, WI. She is a National Emmy-Award-winning journalist who is known for her marathon on-air coverage of breaking news and big political stories.

Before joining CNBC, she worked at MSNBC. At MSNBC, Brewer hosted daily news programs and the long-running, primetime series “Caught on Camera.” As a correspondent, she has contributed reports to CBS News, CBSN, NBC News, WNBC, and MSNBC, where she covered a wide range of stories including presidential elections, government shutdowns, debt ceilings, hurricanes, terror attacks, and celebrity news.

Brewer is currently working at  CNBC  where she works alongside other famous  CNBC  anchors and reporters including;

I was very moved in reporting the story on Covid’s toll on mental health. It seems most of us feel under pressure – and many feel under-supported and overwhelmed. If you’re struggling- take an online screener @mentalhealthamerica – and if you can, touch base with friends, family and coworkers. Because we all need that human connection. https://twitter.com/cnbc/status/1314556974130839552?s=21 #MentalHealth #Stress #Anxiety #Depression #SelfCare