Goudie stands at a height of 5 feet 7 inches tall.

Goudie has managed to keep his personal life away from the limelight hence he has not disclosed any information about his parents. It is also not known if Chuck has any siblings.

Goudie is married to Teri Goudie who is a former ABC News producer and currently leads a media consulting and corporate crisis training company. The couple tied the knot in 1982 and they are blessed with five children and five grandchildren.

The couple has a daughter, Brittany Goudie who has followed Chuck’s footsteps by working on The Oprah Winfrey Show at the beginning of a broadcasting career. She as well manages music at Nashville-based Starstruck Entertainment and is now a producer of SiriusXM The Highway morning show with Storme Warren. 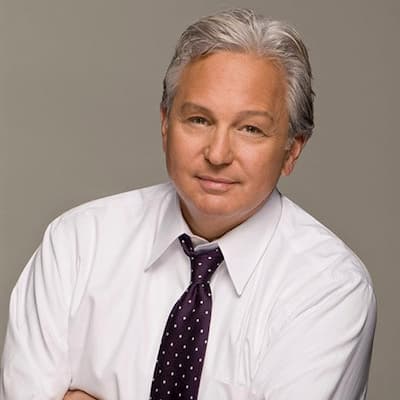 Goudie has an estimated net worth of about $1 Million – $5 Million which he has earned through his successful career as an investigative reporter.

The table below answers some of the frequently asked questions about Goudie.

Goudie received a Bachelor of Arts degree in Political Science and Telecommunications from Michigan State University.

Goudie’s compelling and hard-hitting investigative reporting not only wins major awards but gets results. For instance, it was Goudie who first exposed the “Licenses-for-Bribes” investigation, revealing Illinois commercial drivers’ licenses being sold to hundreds of unqualified truckers. His innovative investigation prompted the FBI to go undercover, adding to dozens of federal corruption convictions all the way up to former Governor George Ryan.

Before, he served at WSOC-TV, North Carolina, the ABC affiliate in Charlotte, where he was the main sports anchor (1978-80) and general assignment reporter (1977-78). At the age of 12, he gained early television experience when he won a regular role on two weekly children’s shows on WXYZ-TV in Detroit, Michigan. (1968-72).

Goudie is currently working at ABC7 Chicago where he works alongside other famous ABC7 Chicago anchors and reporters including;